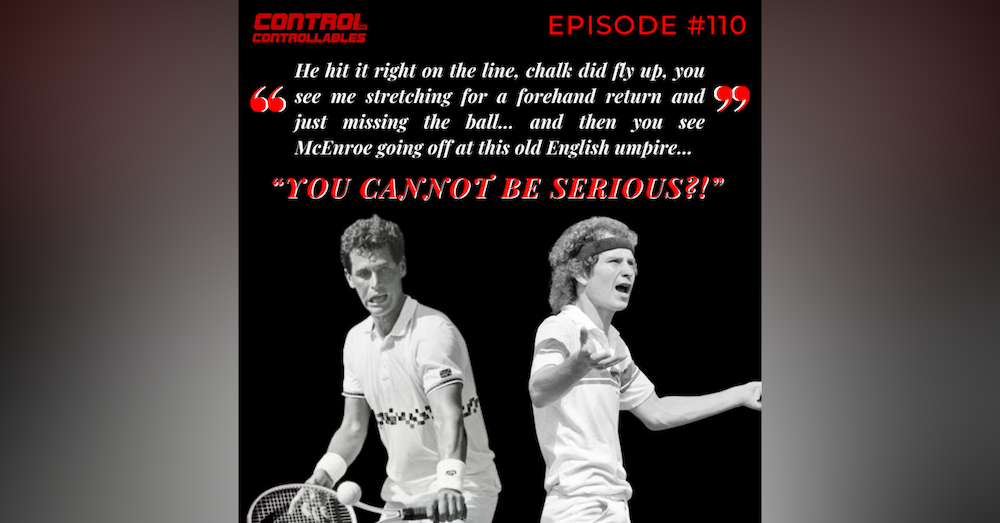 If you´re a fan of McEnroe, Borg, Sampras, Agassi or Courier, this is a must-listen episode!

Tom Gullikson reached as high as 34 in the world in singles and 4 in doubles. He is a 2-time Grand Slam finalist, winning the Mixed Doubles at the US Open in 1983. Also known as Gully, Tom was the US Davis Cup Captain between 1994 and 1999, leading the US team of Pete Sampras, Andre Agassi, Jim Courier and Michael Chang to victory in 1995.

Tom talks to Dan about his playing and coaching career, including what is was like being the other side of the net when John McEnroe yelled "You cannot be serious¨ for the first time at Wimbledon!

He also speaks about his twin brother Tim´s influence on Pete Sampras´career and the impact of Tim´s death in 1996 to brain cancer.

Here are some of Toms best stories.....

You can also keep up with all the latest episode on our website www.controlthecontrollables.co.uk

If you enjoyed this episode, please let us know in the reviews section on Apple Podcasts! You can reach us directly on info@sototennis.com