Hosted by the Director of SotoTennis Academy, Dan Kiernan, our aim is to entertain, educate and energise the tennis community, and bring valuable insight from all lenses of the sport to our listeners.

In our weekly episodes, Dan picks the brains of current and former professional tennis players, coaches, parents, and others involved in this game that we love.

Jack Draper is one of Great Britain´s hottest up and coming prospects. At 20-years-old he broke into the world´s top 100 ATP rankings last week. It came on the same day that he picked up his first win over a top 20 player, b…

The 2022 French Open was an historic event. Rafael Nadal won his 14th Roland Garros and 22nd Grand Slam, as he beat Casper Ruud in the final. Iga Swiatek moved to 35 match wins in a row, and her 2nd French Open title in 3 ye…

We first spoke to Cameron Norrie on the Control the Controllables podcast back in August 2020. He was at the US Open and sat at 76 in the ATP rankings. Since then, Cameron has won 4 ATP titles including the Masters 1000 in I…

The second Grand Slam of the season is underway! Can Iga Swiatek build on her 30-match winning streak to win the French Open for a second time? Will it be Djokovic, Nadal or man of the moment Carlos Alcaraz making it through…

Mark ¨Beef¨ Taylor is the Head S&C Coach at Tennis Australia based out of Brisbane. He is better known as fitness coach to former WTA world number 1 Ash Barty, before she shocked the tennis world by quitting the game aged 25…

Dalma Gálfi is a former World junior number 1 and Junior Grand Slam champion. Dalma had a strong start to her Pro career, quickly rising up the WTA rankings to 136 in the world aged just 19. After a challenging 4 years, the … 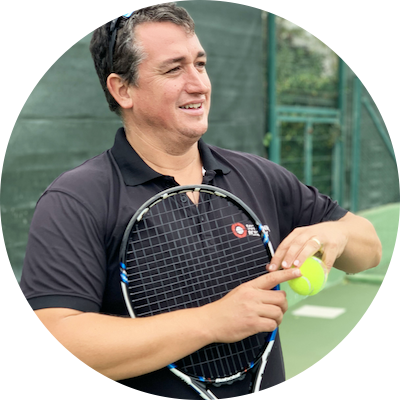 Dan Kiernan is the owner and Director of SotoTennis Academy in Spain and a former British #1 Doubles Player. He captained the men´s tennis team at Louisiana State University before playing on the Professional Tour for 3 years, competing at Wimbledon in 2004 & 2005.

In 2010 Dan relocated from the UK to Spain to open SotoTennis Academy, which has become one of the most renowned tennis academies in Europe. When he´s not on court, he can be found interviewing big names in the tennis world for the Control the Controllables Podcast or running around after his 3 children!