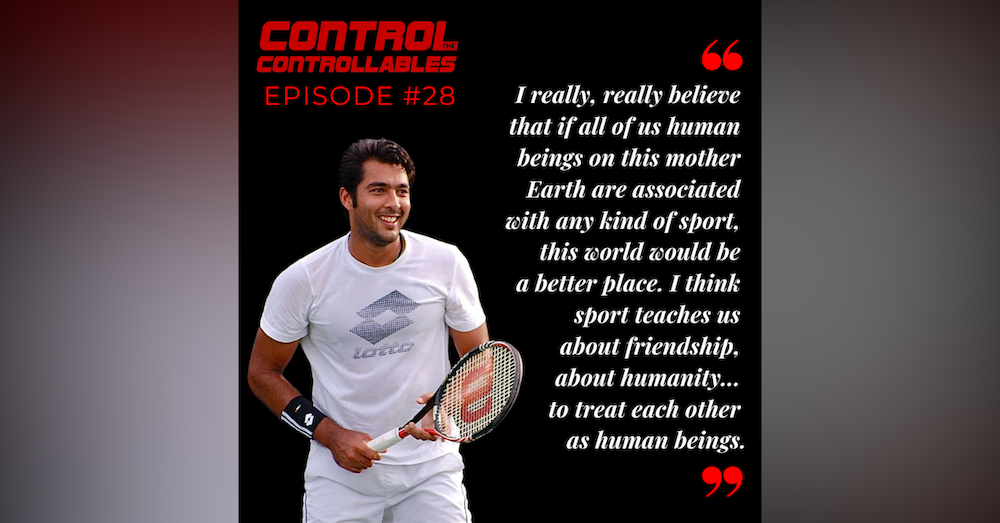 Aisam Qureshi is a tennis player from Pakistan who has made the top 10 ATP Doubles and two Grand Slam finals.

He is Pakistan´s most successful singles and doubles player and at age 41, he is still going strong.

Aisam has used his tennis platform to create awareness and open up political doors through his connections and his amazing way with people.

In November 2010 he was appointed goodwill ambassador for The United Nations Development Program.

That same year, Aisam and his doubles partner Rohan Bopanna from India were awarded the Arthur Ashe Humanitarian of the Year award. They also received the Peace and Sport Image of the Year award for bringing political authorities from their respective countries together.

Together, they created the Stop War Start Tennis campaign to promote peace through tennis.

His story is tennis, but it is so much more and an inspiration to us all.

Leaving a review on Apple Podcasts goes a long way!

Take  a screenshot while listening to an episode and share it on Instagram Stories. Don´t forget to tag us @ctc.podcast !