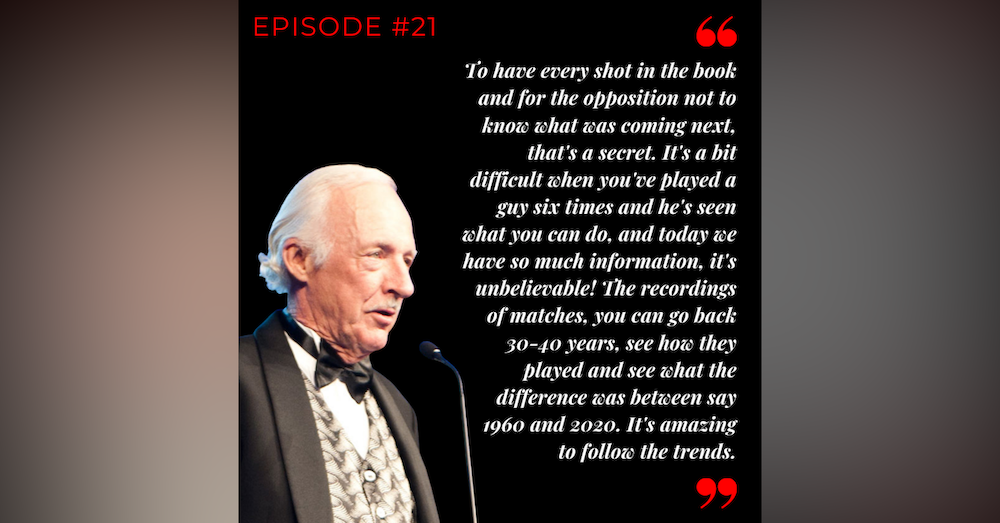 Ian Barclay or ‘Barkers’ as he is known in the tennis world, talks us through his incredible coaching career.

From how he got into tennis in Australia, to the amazing journey of taking Pat Cash from aged 11 to Wimbledon Champion.

Ian discusses his time in the UK in depth, as he created a winning culture through his job at the LTA National Centre at Bisham Abbey.