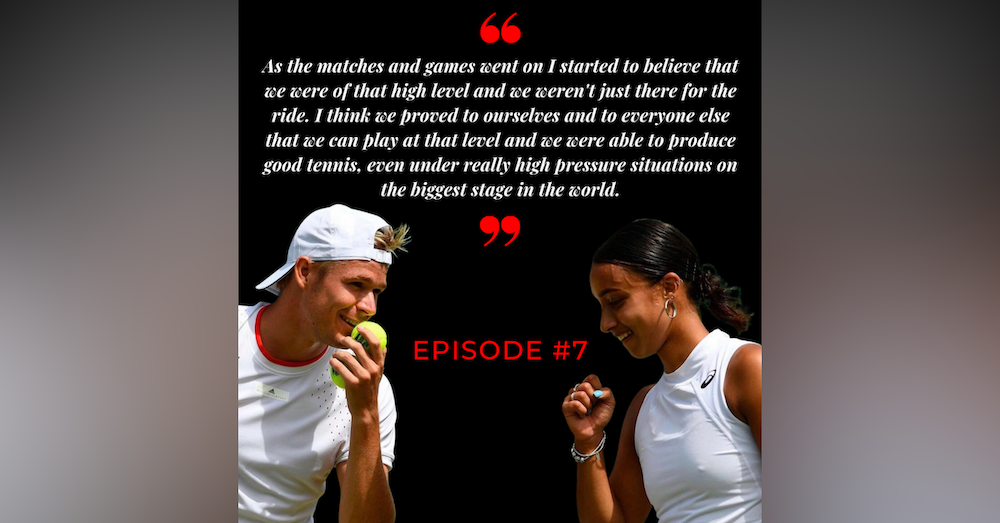 Eden Silva and Evan Hoyt discuss their unexpected run to being the longest standing British tennis players at Wimbledon in 2019. After being given a wildcard into the Mixed Doubles, they reached the quarter-finals going further than Andy Murray and Serena Williams.

Eden and Evan chat to Control the Controllables about that unforgettable fortnight, as well as their plans for who they will play with in 2021. Does she say yes?