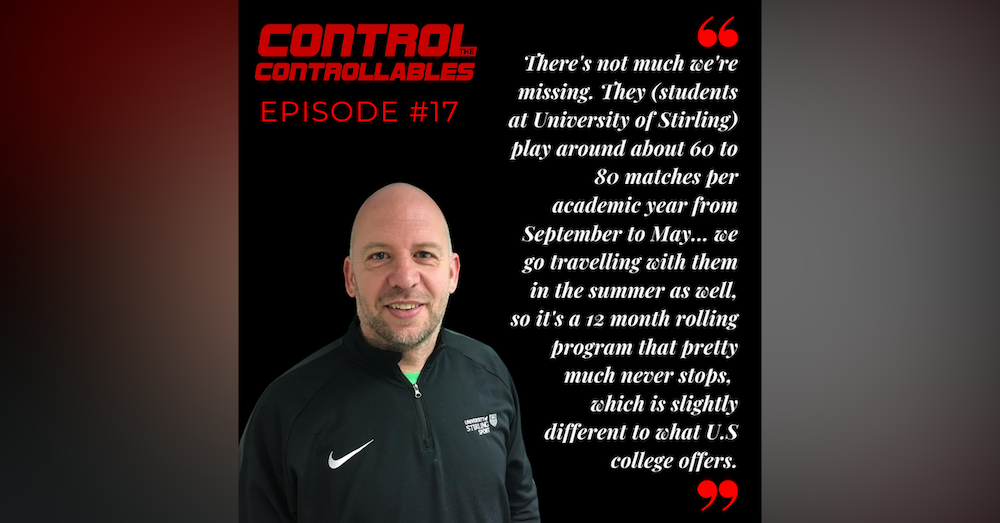 Euan McGinn is Head of Tennis at the University of Stirling.

After growing up in Scotland, Euan went to the University of Arkansas in 1990 on a tennis scholarship. In his senior year he gained All American Doubles status before going on the lower levels of the Pro Tour.

He then returned to Scotland to start his coaching career. Euan has helped build the tennis programme at the University of Stirling since 2001, before becoming Head of Tennis in 2018.

His passion has helped bring GB Universities to the conversation of player development and we delve into this and more.